The Story of S.D.

Shariah punishes the pursuit of happiness.

The Story of S.D. 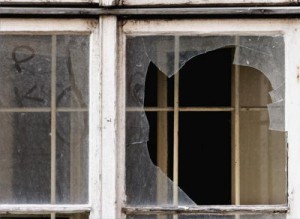 The husband, MJR, married SD when she was only seventeen years old.  She had never met him before – it was an “arranged” marriage, which is to say for the woman it was a forced marriage with little or no say on her part.  The case of S.D. v. M.J.R. is perhaps one of the best known Shariah law cases.

We don’t know their real names, but both were citizens of Morocco in the U.S. as legal residents, so they had the same constitutional rights (other than the right to vote) that citizens have.   One month after the marriage in Morocco, the couple settled in Bayonne New Jersey where MJR worked as an accountant – on August 29, 2008.

S.D.’s story, like every story told here, is completely factual – taken from the public record of the appeals case for S.D. , available in the court record here:

From the start, SD was trapped in a foreign country, unprepared for adulthood or to run a household, isolated and abused.  Her husband set her tests as a wife and when she failed, he beat her.  The first test was on November 1, 2008, when he demanded that she prepare three Moroccan dishes for six guests to eat.  Not knowing how to cook them, she rose at 5:00 am and tried to cook them but did not know what to do.  By 10 am, after the visitors had left, her husband abused her physically; leaving bruises according to the prosecutor’s office that later took pictures.  MJR stated, “I am doing all that to correct you.  You have to learn to do something.”

SD was given a second test by her husband two weeks later on November 16, 2008, when he announced in the afternoon that he would have guests arriving at 9:00 pm that night, and that she should prepare supper for them.  When she replied that she did not know how to cook, he brought his mother to the house to cook, and her mother-in-law refused her offers to help cook. SD retreated to the bedroom and in anger pushed papers from a desk onto the floor.  At midnight, her husband came into the room, locked the door and again abused her physically, stating “Now we’re going to start punishing you.”  Although she was in great pain, he also raped her, over a period of two to three hours.

The following day, MJR made a list of tasks for SD.  According to the trial transcript, he stated “When I come back from work, I will look at the list and see what you did and what you didn’t do.  Whatever you didn’t do, I’m going to punish you the same way I punished you for the stuff that you didn’t do before.”

On November 22, 2008, the teenage SD argued with her mother-in-law and locked her self in the bedroom.  MJR removed the latch from the door and raped her, afterwards leaving the apartment with his mother and sister.  SD then, left alone but unable to leave, broke two of the windows in the bedroom.  When MJR returned at 4:00 p.m., she tried to escape the apartment, but he “pulled her back into the bedroom and assaulted her by repeatedly slapping her face, causing her lip to swell and bleeding to occur,” according to the transcript.  He left the room, and she escaped through the unbroken window without shoes and with only the clothes on her back.

Outside, she was found and taken to Christ Hospital in Jersey City, where she was treated and Hudson County Prosecutors interviewed her and took photos of her injuries.  Her care was given over to a Moroccan (presumably Muslim) nurse at the hospital with whom she lived until January 15, 2009.  But on December 22, 2008, SD found out she was pregnant.

The Moroccan nurse took her to meet with the Imam of the local mosque, who “reconciled” the couple based on a promise that MJR would stop beating SD and that his mother live elsewhere.    It is not clear from the record whether SD agreed to this “reconciliation.”  She continued to try to escape the marriage.

On January 15, 2009, she was taken to a new apartment and MJR again had nonconsensual sex (ie, she was raped) over the next several days.  The court transcript states that she was deprived of food, had no refrigerator in the apartment and no phone.  Still trapped, she protested by breaking the dishes in the apartment.  MJR continued to rape her in following days, stating “This is according to our religion.  You are my wife, I c[an] do anything to you.  The woman, she should submit and do anything I ask her to do.”

On January 22, 2009, MJR took her to a restaurant for breakfast, returned to the apartment and raped her.  Afterwards he took her to a travel agency saying he would buy her a ticket back to Morocco – which he then did not do.  He took her back to the apartment and raped her again.  Later that day, MJR and his mother took SD to the home of the Imam, where MJR verbally divorced her according to the Shariah law (by saying “I divorce thee” three times in the presence of witnesses).  However, the divorce could not become effective until after she delivered her baby, due in August 2009.  (Whether she could keep her baby was also in question, because custody in divorce under Shariah goes to the husband; she could possibly be permitted to foster care the child until it reached 7 years if a boy, or 9 years if a girl, when her divorced husband would be given exclusive custody rights under Shariah.)

She stayed at the Imam’s house for three more days, at which point with legal assistance she filed a complaint in municipal court and obtained a temporary restraining order, with a second request for another restraining order in Superior Court.  At the trial for the restraining order SD testified, “I don’t want anybody to interfere or push me back to him.  So if I have the restraining order, that will protect me from him.”  At the trial, MJR did not testify; his mother testified on his behalf.  The Moroccan nurse who had taken SD from the hospital, and had taken her to the Imam to be “reconciled,” also testified for the defense – for MJR.  The Imam also testified for MJR at the trial, stating that MJR divorced her because she threatened to go to the police, and that she “never mentioned to him [the Imam] being forced to engage in nonconsexual sex.”

The Imam also “testified regarding Islamic law as it relates to sexual behavior.  The Imam confirmed that a wife must comply with her husband’s sexual demands, because the husband is prohibited from obtaining sexual satisfaction elsewhere.  However, a husband was forbidden to approach his wife ‘like any animal.’

The judge, having heard all this testimony in favor of MJR, and  on the other side,  seventeen-year old SD asking for a protective restraining order, refused to issue her one.  In June 2009, two months before SD was to deliver her baby, the judge issued his opinion.  He stated, “The court believes that [MJR] was operating under his belief that it is, as the husband his desire to have sex when and whether he wanted to, was something that was consistent with his practices and it was something that was not prohibited.”

The judge vacated the earlier temporary restraining orders, dismissed the domestic violence action, and states that her injuries were “not severe.”  The judge stated that divorce proceedings would proceed in Morocco.  Since SD’s baby was due in August, questions of child custody and child support would also have to be litigated in Morocco.  If she returned to Morocco, she would have far less protection for her own rights or her child’s rights.

SD appealed to a Superior Court, with the help of two women lawyers – Jennifer Donnelly and Michelle McBrian.  She also applied to stay in the U.S., as a victim of domestic violence.  The case was finally decided by the Appeals court on July 23, 2010.  The Superior court reversed the lower court’s decision,  and put the restraining order back in place to protect SD from her husband.

The appeals judges stated that by giving more weight to Shariah law, the lower court judge had made a wrong decision: “Defendant’s conduct in engaging in nonconsensual sexual intercourse was unquestionably knowing, regardless of his view that his religion permitted him to act as he did.  As the judge recognized, the case thus presents a conflict between the criminal law and religious precepts.  In resolving this conflict, the judge determined to except defendant from the operation of the State’s statutes as a result of his religious beliefs.  In doing so, the judge was mistaken.”

We do not know what happened to SD and her child – whether she lives now in the U.S. or was forced to return to Morocco. But she fought back and in the end won her legal case against tremendous odds –  having to fight for her independence from her own family that arranged her marriage, her husband who beat her, her mother-in-law, the Moroccan nurse who took her to the Imam who returned her to her husband, and worst of all, the American judge who accepted Shariah legal principles in denying her equal protection under the law.

No teenage girl should have to endure what she went through.  Sadly, millions of young women – among the 1.3 billion Muslims worldwide – are forced into marriages they don’t want, and subjected to abuse under Shariah doctrine in the Shariah war on women.

It’s time to ask our leaders to stop supporting organizations and governments that are waging the Shariah War on Women.