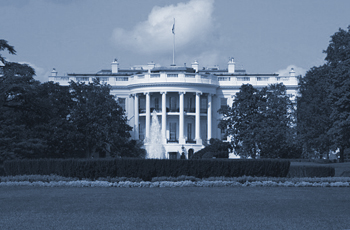 Sign the letter to President Obama urging him to take action to end Shariah’s war on women. The letter will be delivered to the White House before the election in November, so that people from across America have  a chance to participate.

To sign, add your name to the End the Shariah War on Women list in the boxes below.

We don’t want America to support the Shariah War on Women.

We don’t want our leaders to support those who wage the Shariah War on Women, here or worldwide.

Unfortunately, America’s leaders – in government, academia, the media and our religious institutions –  are too often silent about Shariah’s oppression of women.  And that oppression is a fact.

Based on mainstream interpretations of its doctrinal texts, Shariah imposes harsh inequality on women, denies them the same legal standing as men, subjects them to spousal abuse and marital rape with no recourse, encourages the barbarous practice of female genital mutilation, and sentences them to death for leaving Islam or desiring to live a life of their own.

Shariah destroys women’s lives, crushes their liberty and punishes their pursuit of happiness.

It’s senseless that now, when we see Shariah law advancing in Egypt, Turkey, Tunisia, Libya, Indonesia, the Sudan, Mali,  in Islamist enclaves in Europe, so many places, that your administration has frequently been silent about this oppression.  Even worse, many times your departments of State, Justice, Defense, and Homeland Security have actively assisted those in this country and worldwide who are dedicated to imposing Shariah doctrine on all people – not just women.

We need your help.  We need you to conduct a review across all departments to investigate their support for organizations that promote Shariah both here and abroad.  Investigating and exposing departmental support for the Muslim Brotherhood, whose leaders recently met with your representatives in the White House, should be a priority  for these reviews.  The Muslim Brotherhood is the most important promoter of Shariah doctrine today, and the source for the ideas behind many of the terrorist organizations your administration rightly opposes.

Americans need to know where our leaders stand on Shariah before we go to the polls in November.  We are asking our fellow citizens to add their names to this letter, and will be passing on all signatures to your office during the coming months.

Keep up to date on the latest stories, events and media in the End the Shariah War on Women campaign. Make sure to ‘like’ us on Facebook, too.